To leave sunny, summer Australia and touch down in snowy Oslo, Norway was an experience in itself. To be there for the 2017 Nobel Peace Prize Awards was surreal.

Like most people, I immediately imagine the Dalai Lama, Elie Wiesel or Malala Yousafzai when I think of the Nobel Peace Prize. To find myself exiting the airport with snowflakes on my face, ready to participate in the discussions and festivities is something I am still processing. I approached the experience with reverence, knowing that it was a once in a lifetime opportunity to stand side by side with those who make it their life’s work to further human good. 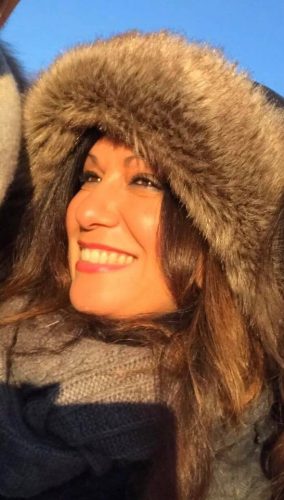 Two themes dominated the 2017 Nobel Peace Prize Awards: imagining a world without nuclear arms; Indigenous peoples’ rights. With my background in Australian Aboriginal community work and corporate risk culture, my mentor Richard Barrett had invited me to Oslo to be part of an advisory team for “Peace Through Commerce,” Event Partners of the Nobel Peace Prize Forum. 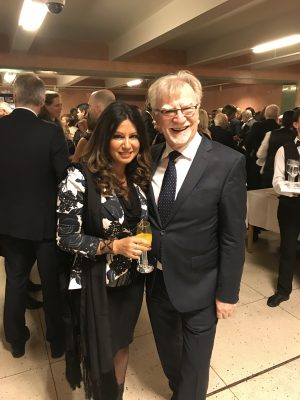 Richard Barrett has been a long time mentor and friend.

At the time I was rather tired after quite a bit of international travel and was delighted when my friend Dimitri said he would make the time to accompany me to Oslo from his home in London. We were old friends from working together in my ANZ days– having him there was a huge boost to my spirit as I took yet another long haul flight. 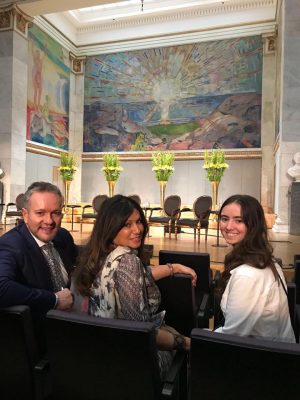 Dimitri and Kathryn Spradlin from Peace Through Commerce at the Nobel  Peace Prize Forum “Across Dividing Lines: Indigenous Peoples’ Rights”

Regardless of where I travel, one of the most wonderful experiences has to be connecting at a deep level with people you’ve only just met. One such person was HolyElk Lafferty, a 4th generation Lakota activist.  Her family established White Buffalo Chief Camp in Standing Rock. She is advocating for indigenous people working to create societal and environmental change.  I felt like I was reuniting with an old friend. As she spoke about the symbolic elements of mother nature…trees, water…I could hear that same conversation echoing in Australia from indigenous culture dating back thousands of years. 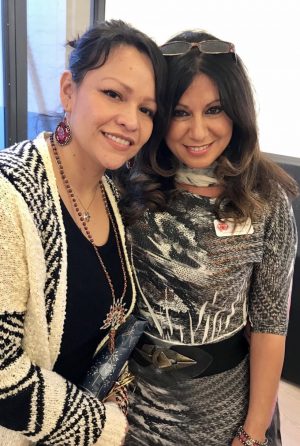 HollyElk Lafferty and me. Recently an Aboriginal elder said to me that “Everyone on the same spiritual path will eventually see each other, as the path grows and becomes clearer and stronger.”

I was excited to learn that the group who won the Nobel Peace Prize Award was Australian-born anti-nuclear group ICAN. or International Campaign to Abolish Nuclear Weapons. The presentation included the first hand account of a woman who was merely a girl when nuclear war struck her town in 1945. Setsuko Thurlow, a nuclear disarmament activist was just 1.8km from the hypocentre of the blast. Setsuko delivered a heartfelt account of the human loss and with a passionate address to the audience “Nuclear Weapons and Humanity Cannot Coexist.” 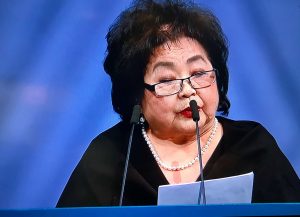 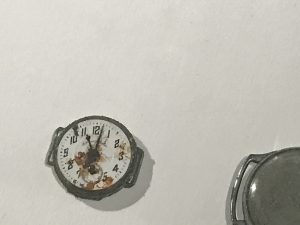 Of great impact to me was the Nobel Peace Prize Exhibition featuring the atrocities of Hiroshima and Nagasaki. Here, a child’s watch stopped at the exact point of nuclear impact.

These topics, indigenous rights and ending nuclear arms, are deeply intertwined. What else do human beings want than a feeling of belonging, connectedness, well being for the whole? Falling out of harmony with these ancient  principles leads to conflict on so many levels. Environmental concerns erupt, basic human dignity and trust are eroded. And only recently nuclear threats have been made at an alarming rate.

The Nobel Peace Prize Awards encourage us, and by “us” I don’t mean just the Dalai Lama, but you and me, to dare to dream of a world that doesn’t exist yet, but can. And the words of ICAN’s representative, Beatrice Fihn, the International Campaign to Abolish Nuclear Weapons: “Those who say it’s not possible need to get out of the way of those doing it.”

The perfect way to end this life changing series of meetings and events? To land back in London,  feeling the magic of the spectacular Christmas Angels in Regent St. 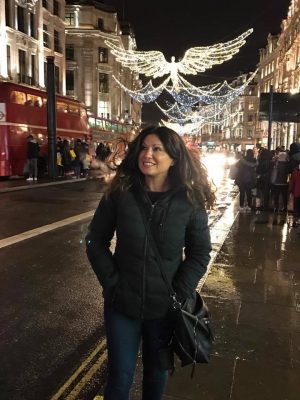 Giving Thanks: The art of gratitude in practice

The surprising truth about happiness