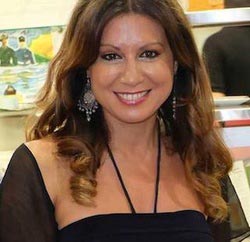 Yes, I really was touched by an article about my work written by Sarah Cannata for the Huffington Post. Thank you for your kind words, Sarah.

I’m also really pleased to be in the Huffington Post, as it will increase the number of people who are aware of what is happening here in Australia.

Please check out the original article if you want to listen to my interview with Keith Keller that Sarah mentions.

If you watched that video right through, you’ve watched just under 20 minutes of something special… Something you can’t buy or bottle: Passion.

And while Annalise Jennings, the Director of Dynamic Exchange, won’t be winning an Emmy Award or raking in more hits than a video featuring a Hollywood celebrity, she deserves to stand in the spotlight for her contribution to the world.

Life has a funny way of connecting you with the people you were always destined to meet, one way or another. The laws of the universe leave nothing to chance.

I connected with Annalise thanks to one of the most generous people I’ve met on my entrepreneurial journey so far. Someone who openly admits to reveling in opening doors for others – Global Twitter Marketing Specialist, Keith Keller.

When I first watched Annalise talking about her work with the Queensland Aboriginal Community of Napranum here in Australia, I hit rewind and watched it again.

The energy as she speaks left me speechless. Here was someone whose vision was greater than themselves.

It really is the strangest thing in the world to completely understand and connect with someone you’ve never met and are only seeing for the first time. But I felt that connection as I watched Annalise’s TED talk.

Once upon a time, Annalise had a high-flying corporate career that took her to the moon and back. A career she was destined to never return to after discovering what she calls SHIFT during a much-needed holiday.

That four-day holiday became two weeks and then three months and as the days trickled by, Annalise’s vision for change had impacted her so deeply she knew she could never return to her corporate job.

Instead, she set out on a new journey in which she drove SHIFT and the need for ongoing conversation within Napranum, a largely forgotten community here in Australia. Within that conversation, she unveiled a story of epic proportions.

Long considered one of Queensland’s most disadvantaged communities, in just two years, Annalise worked with the community and in turn, changed the lives of many.

A 60 per cent increase in employment, a 40 per cent turnaround in community owned infrastructure, a 50 per cent decrease in adult domestic violence rates… In a relatively small amount of time, Annalise drove the kind of change that can only be driven by SHIFT.

By turning problems into possibilities, by working with the community to drive change, by allowing the people of Napranum to shape their own destinies…

As we speak, Annalise is preparing herself to vanish back into the community once again.

As for me, I’m deeply moved by having had the chance to meet such a remarkable woman whose footprint has left a mark on the world.

So while the majority of the world continues to focus its attention on those blessed with good looks and who can belt out a good tune, Annalise will disappear into the community once more with a song in her heart.’