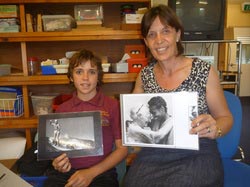 In my last blog, I pointed out that my Whole of Community Change (WOCC) consists of various parts which I have developed over the years.

I implemented the first Career/Life Coaching and Management System (CCMS), engaging Year-7 students at primary schools in the Cape York region, in late-2010. This program involved four schools and lasted three months. Hope Vale Primary School was the only indigenous school in the cluster, and it was the first time these principles had been applied to teachers and Year-7 students in an indigenous community in Australia.

I created the program after being approached by Leanne Rayner, the CEO of Cape York Primary Schools. She had attended the Young Leaders Program Graduation in July, 2010.

In conjunction with each school’s Year-7 co-ordinator, I worked with 23 students, alongside their parents and teachers in one-on-one and group sessions, teaching essential goal setting and self-development life skills.

I delivered a self-management system for the program, in which the children, as well as their teachers and parents, could map a child’s progress from year-to-year. It involved assessment of the children on various levels, including employability, learn-ability, career profiling and individual self-assessment. The program taught the children how to gain a greater sense of self-awareness and helped enhance their self-esteem.

“It was just amazing, and it’s what I wanted for our kids – that understanding of themselves, to know their aspirations and head for that dream,” said Leanne.

“The kids engaged so beautifully with Annalise and I could see the difference in their confidence especially. The gentle nature of Annalise is amazing. She has an incredible way about her, you never feel anything but relaxed with her, there’s never any confrontation…which is why the children and their parents opened up so well,” said Leanne. ‘Cape York Primary Schools get transformational program’, Cooktown Local News, 28 Jan – 3 Feb 2011.

Feedback from the parents was equally enthusiastic, with one Hope Vale parent saying: “I never had anything like this in my youth. This is really helpful.”

Another parent from Rossville said: “The children learnt a lot about themselves and as a parent, l learnt a lot about my child. I can’t wait to see the benefits of the coaching taking place in our home lives as well as at school. Thank you for your positive influence Annalise.”

I said at the time: “Having children of my own, l had a passion to support young people in helping them create a vision for their future and to empower them to articulate their hopes, dreams and aspirations. There’s just no greater satisfaction than to watch a young face light up with hope.”

One thing that really impressed me about this program was that there was a real presence from the parents. They understood how their language, mood and busy-ness influenced their children. I soon realised how important it was for the parents to be ‘touched’ by the program if it was to have a strong and enduring impact on the children.

Sadly, the government would not continue funding the program after the three months, despite all the positive feedback and reviews. The rejections I had for continued funding of this program and the Student Career Life Coaching program in Djaragun College were disheartening.

Despite these setbacks and my feelings of dismay, I was still excited by what I was doing and by the impact my program was having on Indigenous and non-Indigenous students and their parents. I didn’t realize it at the time…  But this was all part of creating the building blocks that would shape the ‘Whole of Community Change’ program that Napranum would adopt in the near future. 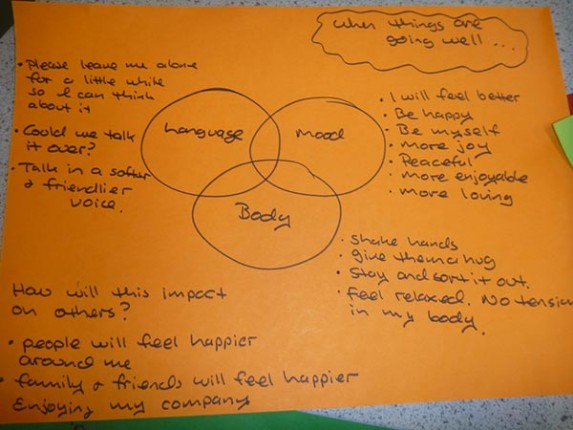