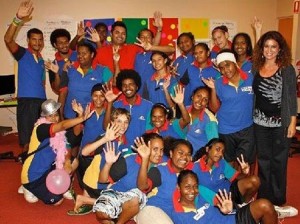 The Whole of Community Change (WoCC) program I have created consists of various parts, which have developed over the years.

I first delivered my Student Career Life Coaching program in 2010 at Djaragun College on Cape York. The college was residential and housed both Indigenous and non indigenous teenagers from the Cape.

I worked with about 30 Year 10-12 pupils for six months. The overall program involved bringing together the pupil, parent (or carer) and teacher to discuss the child’s aspirations. It involved one-to-one sessions, followed by a three-day experiential program, and then more one-to-one sessions.

One part of the experiential sessions involved pupils forming a circle of gratitude. A pupil at the head of the circle described ‘Who I am” and “What I stand for”, then listened to and graciously accepted how they were valued by the other pupils.

As these sessions unfolded, I began to realise that the blessing and giving that occurred in these circles was what Dynamic Exchange was all about spiritually.  As l write this blog, l’m reminded of one of my favorite quotes:

“The universe operates through dynamic exchange . . . giving and receiving are different aspects of the flow of energy in the universe. And in our willingness to give that which we seek, we keep the abundance of the universe circulating in our lives” Deepak Chopra

[This gratitude circle was later to become the single most emotionally charged session of my Leadership program.]

After we finished the last circle, the pupils asked that I stand at the top of a circle. After my address, I was taken aback by the pupils’ gratitude. I felt as if I was being showered with angel tears and blessings. 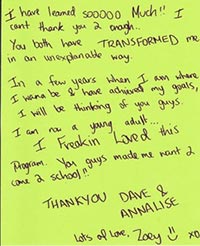 I received tremendous feedback about the overall program from the children, as well as the parents and teachers. However, the college could not continue the program despite their enthusiasm, as they received no support from the local education department.

As this, and other parts of WOCC started to take shape, the overall program felt like a living organism starting to grow in different directions. As I started to open up my mind more and become more adaptive, I found more linkages and synchronicities starting to happen. I also started to meet more like-minded people.

WOCC kept shifting and changing, but always evolving. And as the process evolved, I evolved, and then WOCC evolved…   A dynamic interchange of ideas, philosophies and synchronicities continued to emerge. 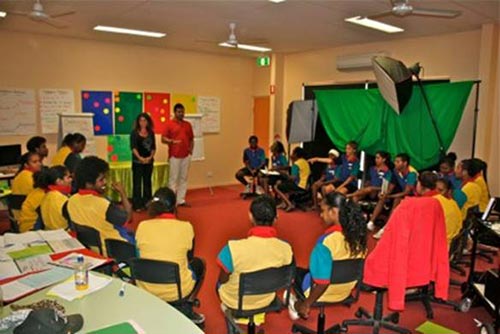