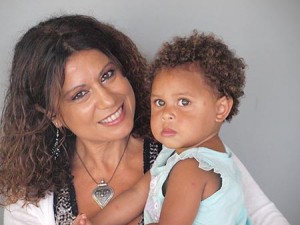 Here is an article from the Cooktown News in 2010 (slightly revised) describing an outcome of some of my early work in Indigenous communities.

‘Saturday, the 10th of July 2010, was a big night for the indigenous town of Hope Vale.

Forty-plus members of the Hope Vale Young Adult Leadership Program graduated from a nine-month program in a moving ceremony that represented a landmark day in the history of Hope Vale.

For Elders Des and Estelle Bowen, Priscilla and Victor Gibson, Cooktown ROCCY CEO Kym Jerome, senior corporate facilitator Annalise Jennings, and other key community members who worked tirelessly to get the program off the ground with minimal Government support, the night was a monumental victory for the community.

Graduates stood in front of their community and made a commitment to their careers, their peers and themselves.

Hope Vale Elder Priscilla Gibson said she hopes it marks a “new beginning” for the town’s younger generation, who have had their fair share of struggles.

Cooktown Mayor Peter Scott said, “I’d known some of these kids since they were little, and when I listened to each of the them make statements about their way forward, it really did feel like they’d turned a corner in their lives.”

Statistics from the Department of Employment, Education and Workplace relations for the March 2010 quarter place the unemployment level for the shire of Cook at 25.5%, which is over five times the national average.

Less reliable sources say Hope Vale, specifically, has an unemployment level of around 75%. High levels of youth suicide, drug and alcohol abuse, low literacy levels, and other associated problems have kept the opportunity gap between indigenous and non-indigenous Australians, at least in Hope Vale, as wide as it can get.

But The Young Adult Leadership program, based on principles never before applied to an indigenous community, brought the community together in a night of hope.

The graduation ceremony was the culmination of nine month mentoring program, which blends career development, self-actualisation, and personal development skills.

Priscilla Gibson is one of the five Elders of the Guul Buugu leadership group (meaning ‘All Together’) who worked with Annalise Jennings to create a program which would work for every member.

“For a community of only around 700,” said Priscilla, “forty graduates of such a program represents a significant percentage of the community that’s changing.”

Annalise Jennings, who facilitated the program, said it was built upon three key principles: accepting personal responsibility, developing capability through raising self-esteem, and collaboration with Government and industry to provide opportunity.

Perhaps most importantly, it involves two things missing from most indigenous programs: community engagement and ownership at the end.

As Peter Scott said, “If you’ve got ownership you’ve got success”. ROCCY CEO Kym Jerome agreed, saying, “You need the community to own it rather than coming in cold from the outside.”

Twenty-seven year-old graduate Jenny Gibson, who works as a Community Development Consultant at the Hope Vale Well-Being Centre, said the program has given her stronger motivation and self-belief.

“Probably the main thing I learned from the program is not to let other people’s negativity or thoughts deter you from doing what you want to do. The Elders were so positive and encouraging, you really wanted to succeed because they were backing us up.”

Jenny has new plans to study health promotion at Sydney University via correspondence. Like most of the graduates, she’d never had the opportunity to speak publicly before.

“We did two workshops before the graduation ceremony, and at the life coaching session we were told to write down everything that pops into our head about our future… and that’s what you’re going to say to the community.”

Attendees at the event were blown away by the level of confidence they saw in each graduate. And by the commitment that graduates expressed about their future to the community.

Priscilla Gibson said the program represents a shift in the mindset of the community towards the problems they are facing.

“These young people are our investment in the future. The issues that they’ve had to take on are too complex. For too long they’ve heard ‘don’t do this’ and ‘don’t do that’, instead of ‘how are you coping?’ or being given an alternative. The young leaders program helps them to identify their strengths and weaknesses and make up their own minds.”

Facilitator Annalise Jennings was a key player in creating the program for Hope Vale alongside the elders. Annalise originally met Hope Vale elders Des and Estelle Bowen through at a christening in Cairns last August.

Annalise came out of corporate work as a senior manager with over 25 years of experience 12 months ago. What was initially for Annalise a “bit of a break from the corporate world”, soon became a whole new chapter in her career.

Said Priscilla, “I’ve been wanting this for a number of years, but until we came across this lady it just never happened. But it’s been like a bushfire, so many good changes are happening…” Kym Jerome said she had been pushing for a similar program for five years.

For Annalise, the commitment of the Hope Vale Elders was the key ingredient. “The secret is that it’s community driven”, she said. “It’s a Guul Buugu initiative. I’m just honoured to be a part of the process and that they’ve trusted me and had faith in me.”

Annalise said the original seed for the program was planted in conversation with the Elders at the ‘Pelican’ campsite in Hope Vale. “I’ve been developing capability and strategy workshops in the corporate world and they could see the link between that and how that could help the Hope Vale community to grow and prosper.”

The graduation ceremony marked the end of one journey for graduates, but the beginning of many more. Feedback from participants includes, “I feel empowered, excited…extraordinary and unbroken…”

Many of the participants have gone from unemployed to employed and all have grown and developed in ways they could never previously have envisioned. Priscilla and the Elders are now encouraging graduates to take on mentoring roles at the local schools.

In terms of job opportunities, the program has drawn offers of support and training from AEC, Hope Vale Council and others.