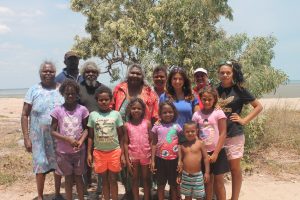 With the Thanakwithi Tribe at Bouchat Traditional Land.

It wasn’t that long ago that I wore a suit everyday– and I liked my suits! As a Senior Risk Manager at ANZ my job was formal, structured and based on the typical compliance hierarchies of corporate life.

But one day, I found myself needing a break. A four day holiday in Cairns to meet my new Goddaughter sounded perfect. Who would have known such a simple trip would forever change my life direction?

Upon arrival I happened to meet some elders of the Napranum Aboriginal community. As I explained my role at ANZ, the elders were intrigued. They had many goals for their community which had yet to be realized: a supermarket, daycare, community hall, birthing centre…grass for the oval. Yet collaborating with government had not produced results. Suspicion and reluctance were always present when interacting with large institutions.

Knowing I needed to return to my work soon, I found myself wishing for more time with them. I knew on some level that the strategies and skill I had learned at ANZ could be vital to achieving a new direction for the Napranum community. At first I took a few months off. Ultimately, I left ANZ to devote myself to what I was sure would somehow be an important collaboration.

Too often in Western Culture we do things to people instead of with them. In this respect I was venturing into uncharted territory– my credentials would mean very little. Neither would a sharp looking suit. This was a meeting born of open hearts, open will. I was working alongside of community members, and sometimes behind them. Having an Italian background, I recognized immediately that the elders had more significance than I did. And I was careful to make sure I showed my respect. 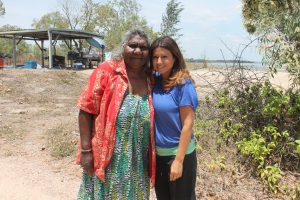 I also knew that I was not a government entity, nor did I represent an institution. My role could be unique in that I was…well, ignorant to what had happened before! We began with the Napranum community’s strengths rather than weaknesses and invited everyone, especially the naysayers, to a seat at the table. What did they imagine for their community? Does this idea sound OK? Does it feel OK?

My sojourn with the Napranum community took nearly six years– two years spent just getting to know everyone.

Recently I was invited to speak at the ANZ Retired Officers Annual General Meeting. The topic? Using the skills I developed at ANZ to cocreate the community that the Napranum envisioned. A new library. A new community hall. Speed bumps. Street lights. Community housing. And yes– the all important supermarket! We even won the prestigious Banksia Award for Indigenous Leadership for Sustainability! (Visit http://bit.ly/2rF6FCA to learn more.) 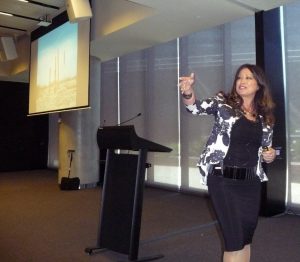 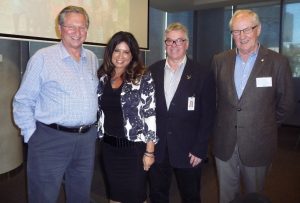 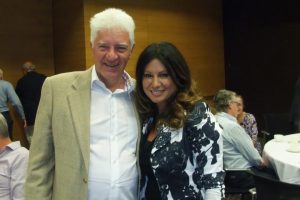 With Jurgen Schnabel my first boss at ANZ. I was just 18 when I started!

As I stood looking out at the familiar faces of colleagues, I felt nothing but sheer joy at the thought that I had come full circle. Here I was describing how the Napranum community had taught me more about community engagement, inclusion, connectedness and strength based thinking. And it these ancient principles that I share no matter where I am presenting. My hope is to meld ancient wisdom and western philosophies in lasting reconciliation everywhere I go. The University of California Los Angeles. John Holland. Or even the 2017 Nobel Peace Prize Awards in Oslo, Norway, where I recently shared my experiences– what an honor! 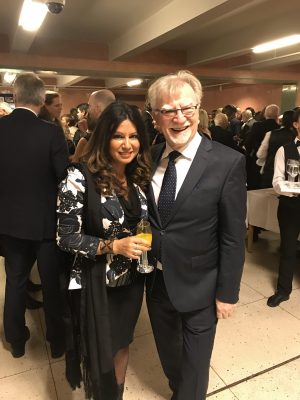 With my friend Richard Barrett at the 2017 Nobel Peace Prize Awards in Oslo, Noway.